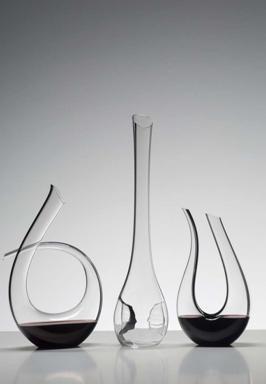 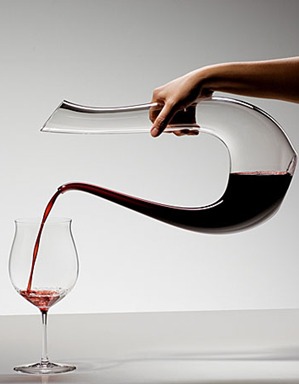 There are two reasons why we decant wines:

1. Decant an older wine to separate it from its sediment.

2. Decant a younger wine to increase aeration, revealing more complexity, and opening up aromas and flavors.

To enjoy young wines fully (up to 10 years for both red and white) consider opening them 8 – 12 hours prior to consumption for aeration, or decant the wine, as this shortens the aeration process.

The main preservation element in wine is carbon dioxide, which is integratedwith the wine during the first (= alcoholic) fermentation.Decanting reduces the amount of carbon dioxide and "matures" the wine, allowing the bouquet to develop faster.

On the palate, decanted wine expresses higher levels of fruit in red wines and tends to integrate and smooth out tannins.

When decanting young wines, turn the bottle straight into the decanter and let it splash into the vessel, allowing maximum aeration.

When decanting off the sediment of an old wine, slowly pour the wine into the decanter without allowing any sediment to leave the bottle.

We suggest you try the following exercise: Using identical glasses, decant half the bottle and serve the other half directly from the bottle – then draw your own conclusion. 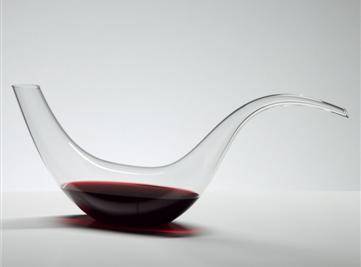 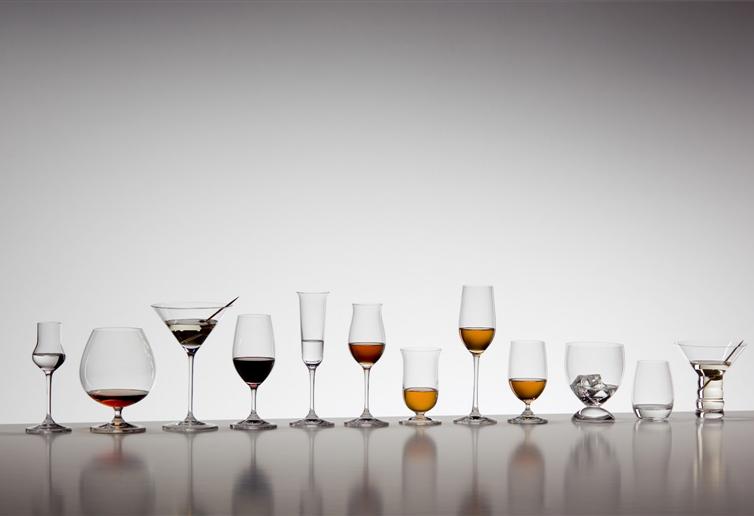 Use stemmed glassware for fine dining and stemless for casual dining.

Plan to invest ($) in ONE  glass as much as you spend on average on a bottle of wine.

When you choose a grape varietal specific RIEDEL glass, understand that it is built for a purpose and performs at its best with a specific type of wine.

The design (architecture or construction) of a stemmed glass must ensure that the size, height and width are in perfect harmony. The size of the bowl has to be in proportion to the height of the stem and the width of the base. Respecting the exact ratio between these dimensions ensures the glass is correctly and seamlessly proportioned.Table top "clas­sics" are created using the magic "golden architectural formula". Early glass architecture, around  1920, took the Iead, spearheaded by three Viennese architects (Loos, Hoffmann, Ertl). Claus Riedel's designs from the late 1950's, re-established this concept. This combined with influence from French and lrish classics resulted in stemware featuring this "construction", which is so pleasing to the eye. 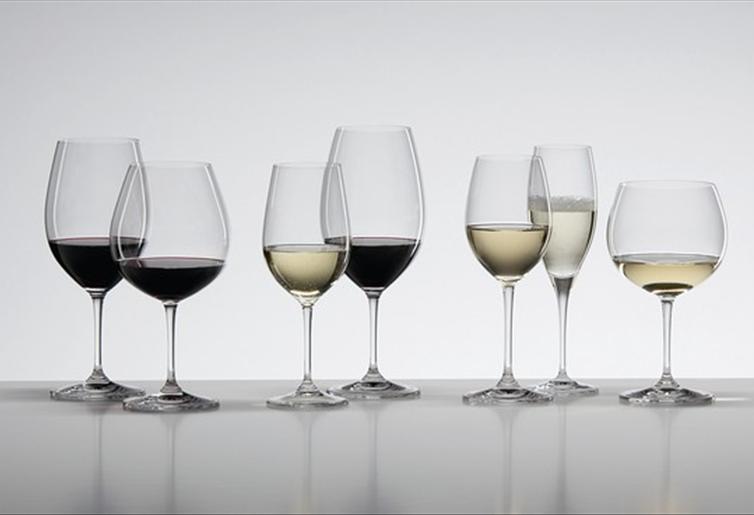 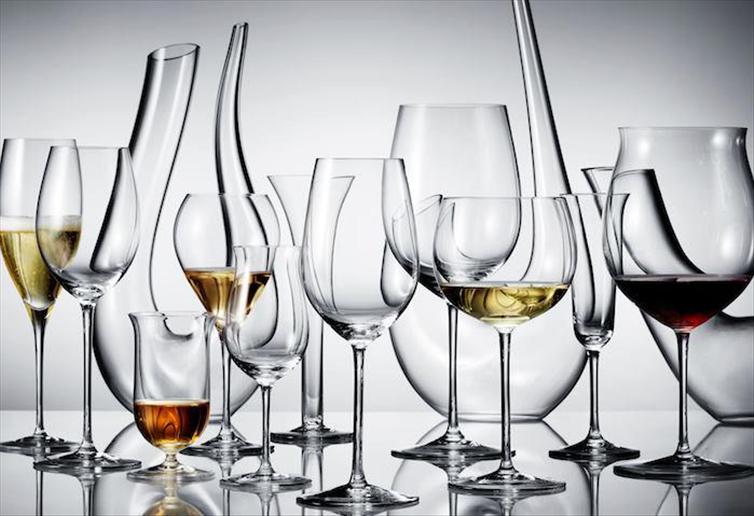